I went back to the Canalway Cavalcade yesterday in much better weather, still unfortunately not very interesting from the junk/book stall point of view, though it would be great if I'd wanted canal memorabilia, of course. I didn't take pictures of the barges since I'd done that too many times before, instead I concentrated on some coots which have built their nest on the rudder of an old sailing barge that's permanently moored at Little Venice.

Coots seem to be my favourite birds at present, mostly because I think their feet are so weird, also because they're loud and appear to be more or less fearless - I've seen one drive an adult swan from its nest. Their nests on the canals are usually a mix of twigs and garbage, as seen here. 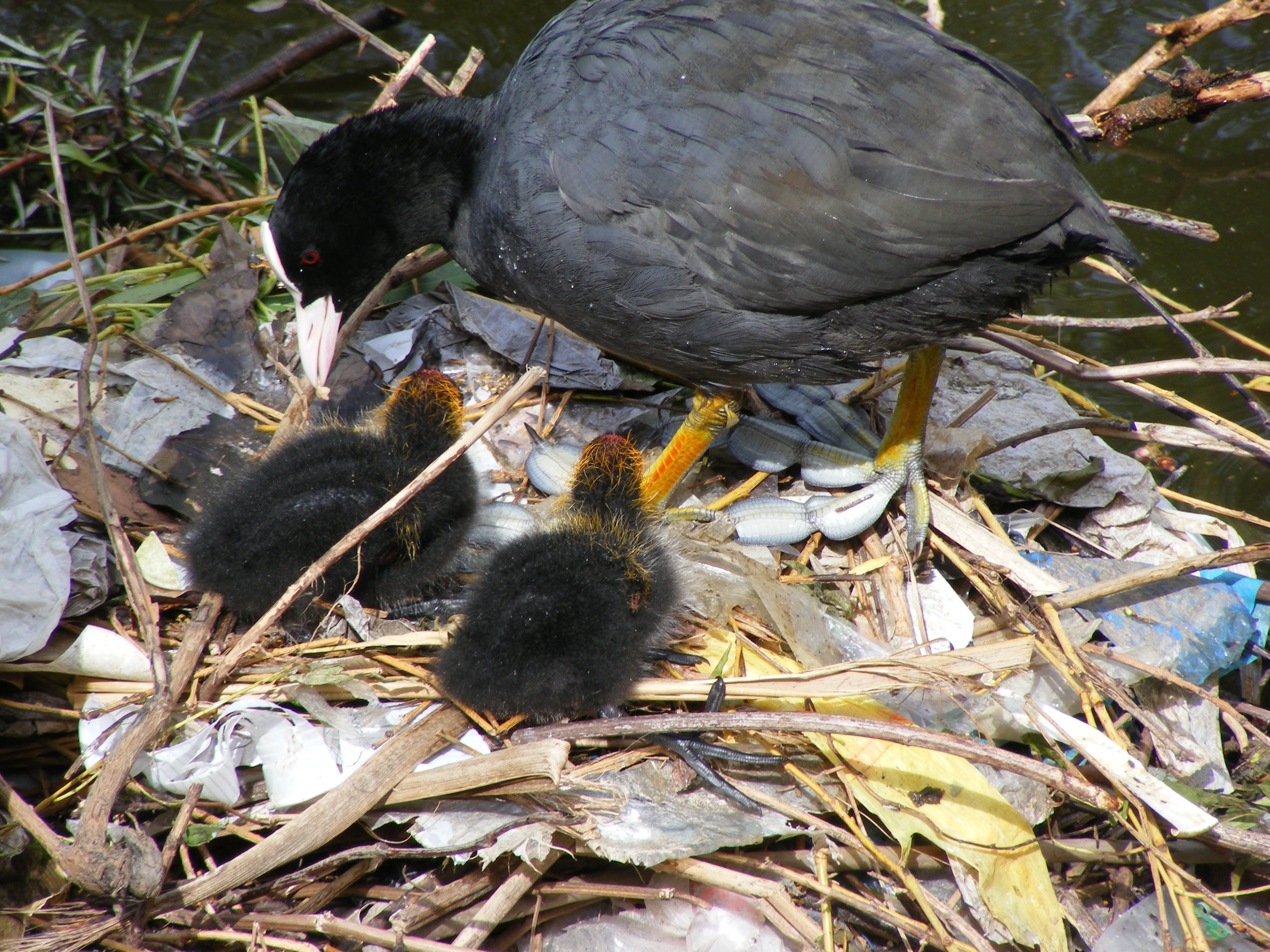 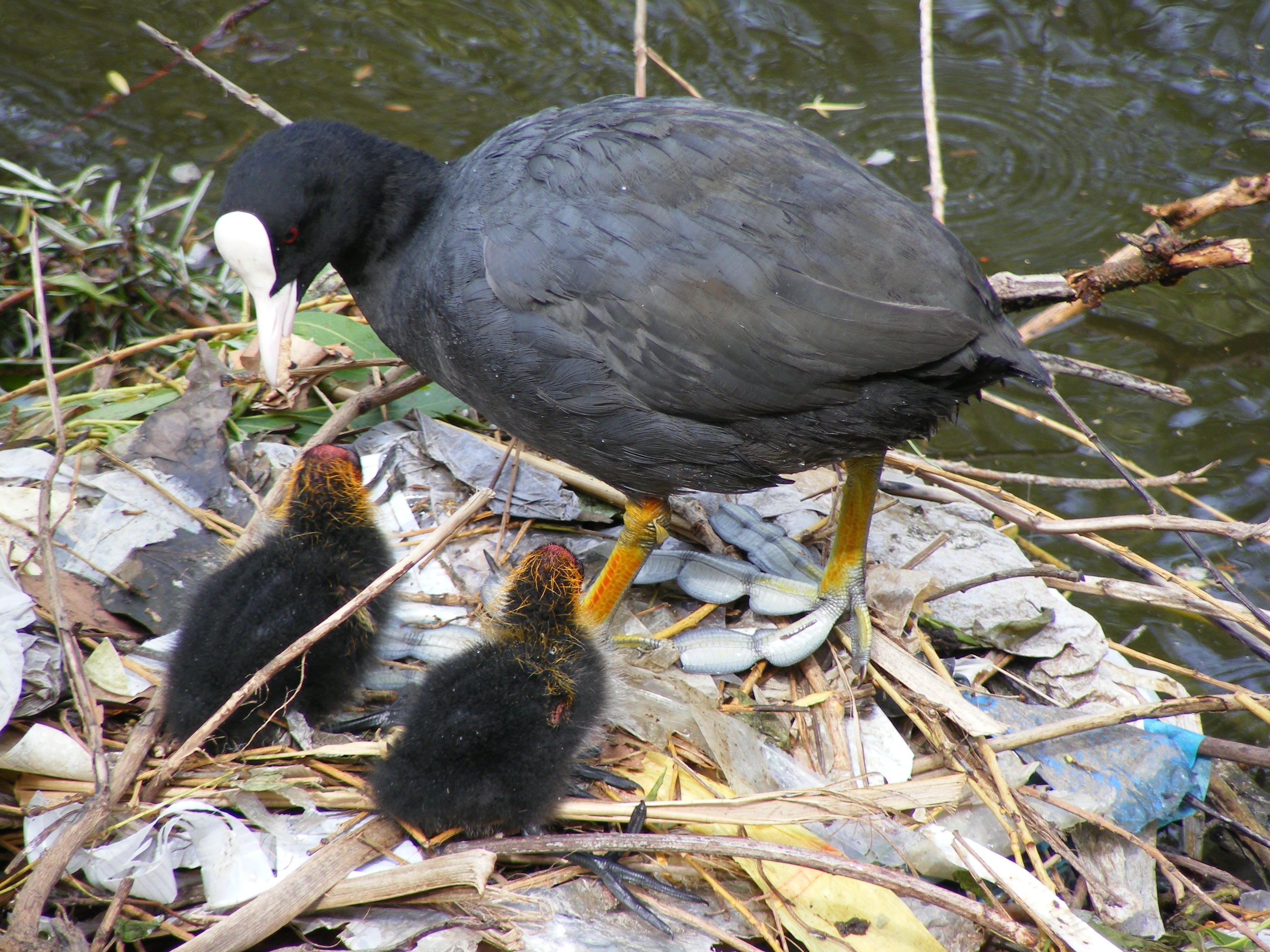 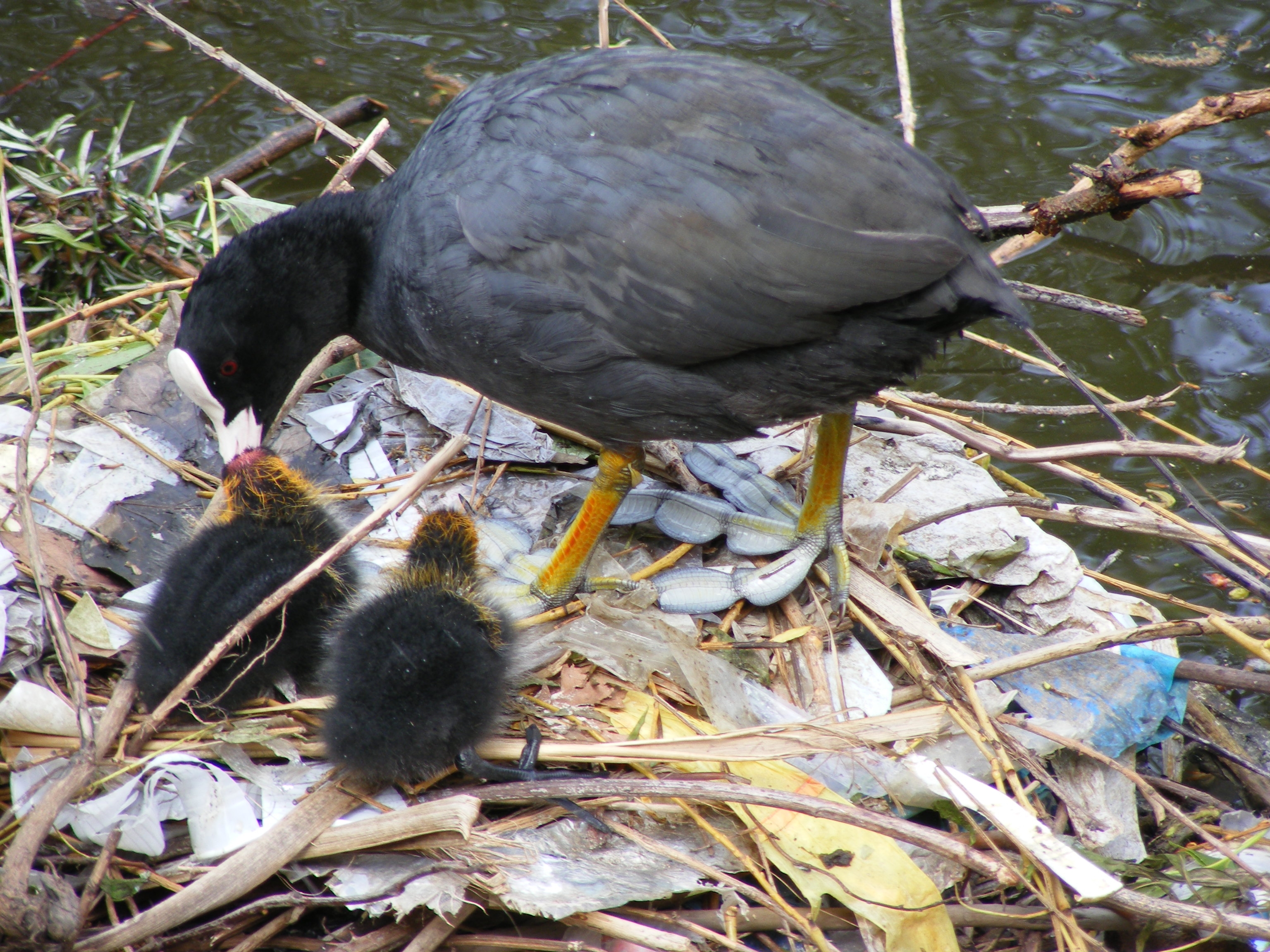 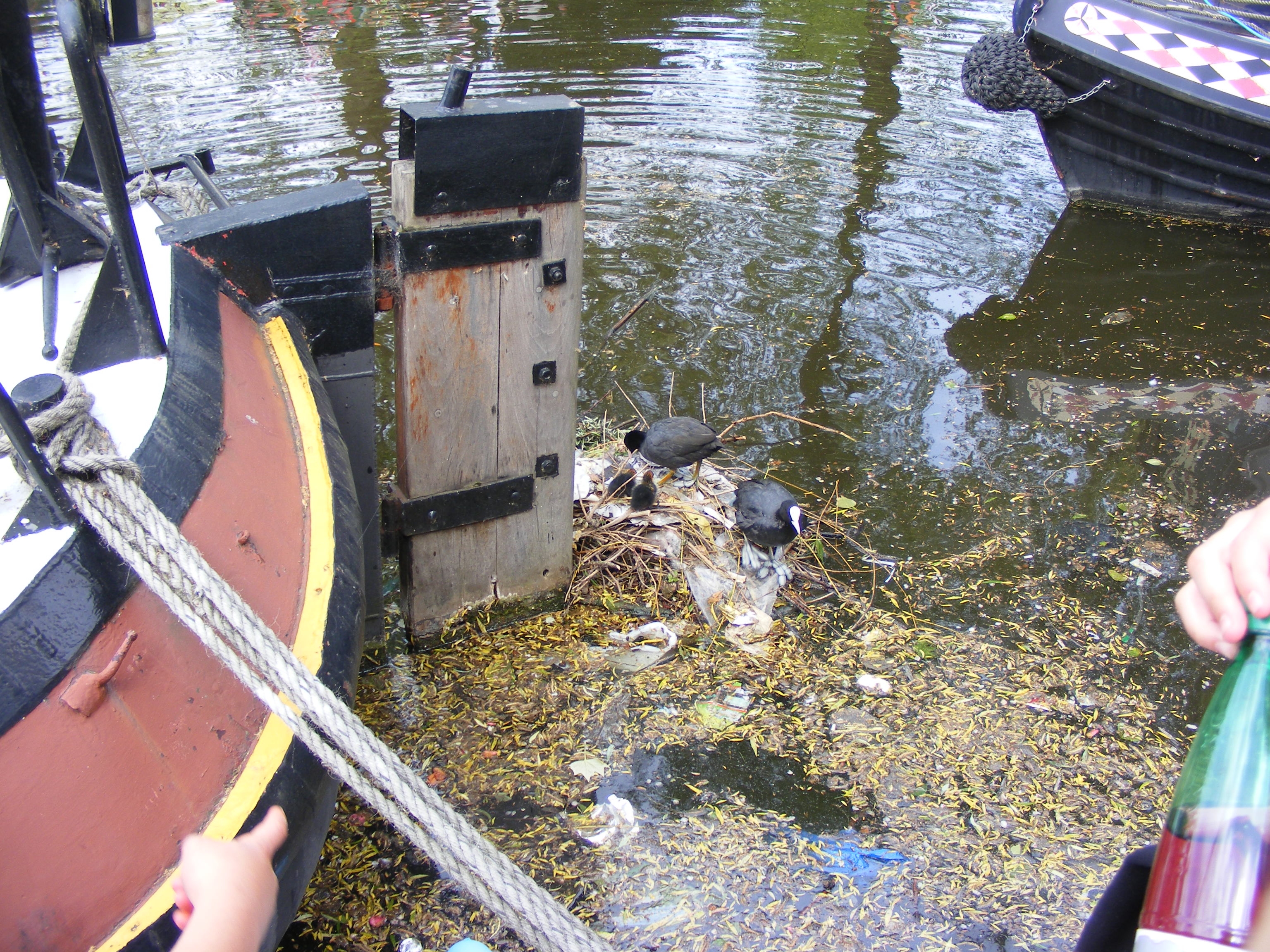 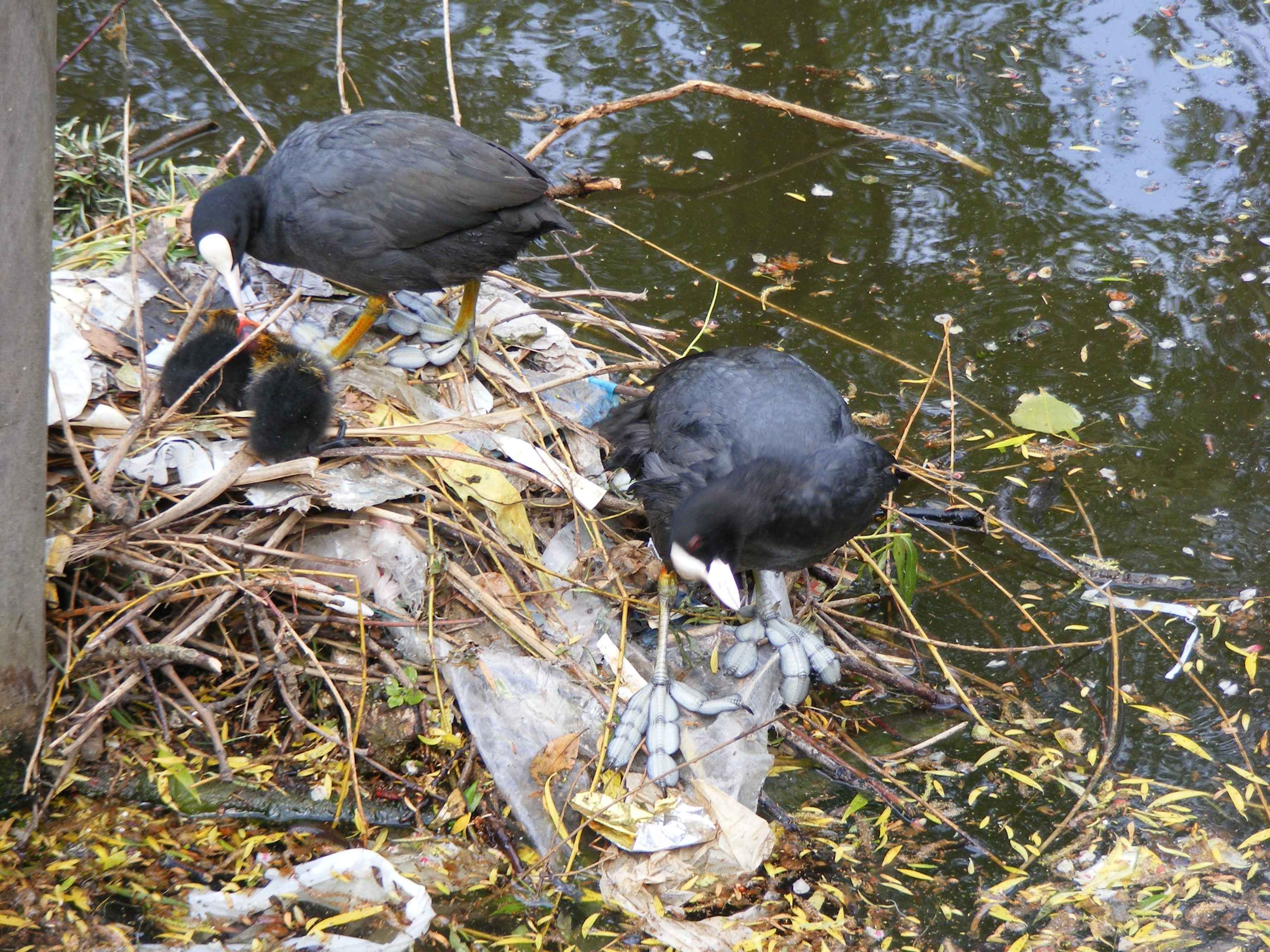 I also got some video - warning, the noise level is high and you can't hear anything useful.