With The Night Mail Covers

A couple of years ago I put illustrated versions of Kipling's With The Night Mail and As Easy as A.B.C. on line, with some notes on their publication and variations.

As Easy as A.B.C. was serialized over two issues of The London Magazine. At the time I said

The cover of the March [1912] issue was related to this story; unfortunately it was not included in the bound volume from which this was scanned. The illustration on the next page was originally a small photograph of a very battered copy of the magazine; I’ve corrected perspective etc. but couldn’t do much about its size. I don’t know if the April issue’s cover was relevant; any information would be welcome.

I've just found an image of the April issue's cover and it has nothing to do with Kipling, it's a bit of mawkish patriotism, a generic British soldier hugging the flag, so apologies to anyone who has actually tried to research this for me! 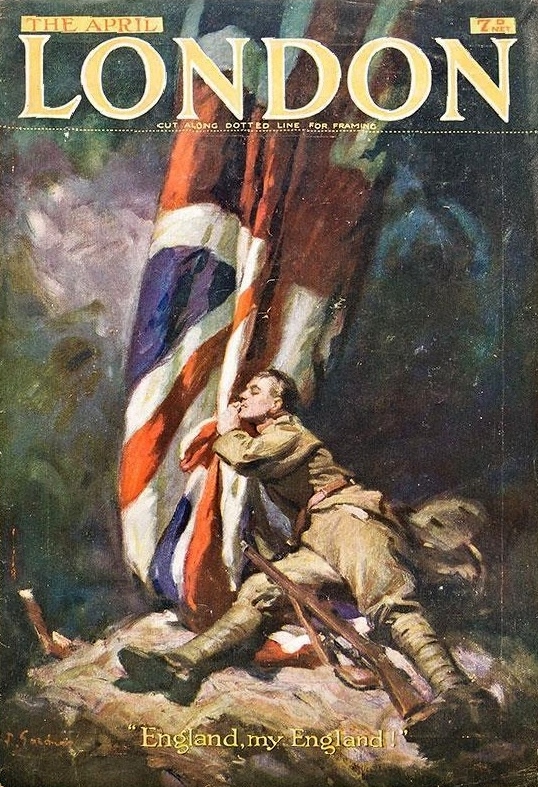 Later: Of course there is a sort of connection. Kipling wrote The Flag of Their Country (May 1899), one of the Stalky & Co. stories, which is basically an attack on unthinking flag-waving patriotism.


Also posted at https://ffutures.dreamwidth.org/2198698.html, where there are