...it's the Giant Tunnelling Machine of Doom

Some time last night they raised the footbridge again and got the first tunnel building machine under it - I'm not sure how complete it is at this stage, I suspect that they're still finishing assembly and tests. And will be proved wrong if it starts work tomorrow, of course.

I saw it looming through the mist this morning, but it was too misty to get good photos - tonight things were a lot clearer. This thing really is BIG, about 100 metres long - I've just taken successive pictures starting with the full visible length of it and ending with a zoom in on the cutting edge of technology.

There are trains on two of the six older lines passing the house - the red one is a Hammersmith and City underground train going off and down into a tunnel to the left, the other one is on the nearest or second nearest of four main lines - there's also a siding even nearer the wall, but it's rarely used now because it isn't electrified.

Pictures are on Wikipedia Commons if you follow the links. 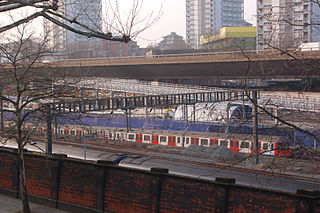 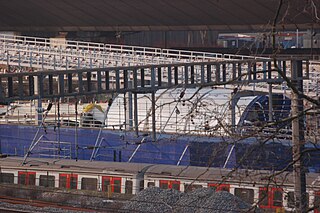 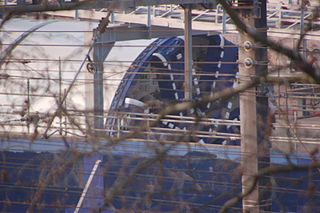 I forgot to add wikipedia category tags for the pictures I uploaded on Sunday and can't figure out how to do it - can anyone tell me?
Collapse