Just spotted one of the systems in Oolite (and the older Elite) galaxy seven: 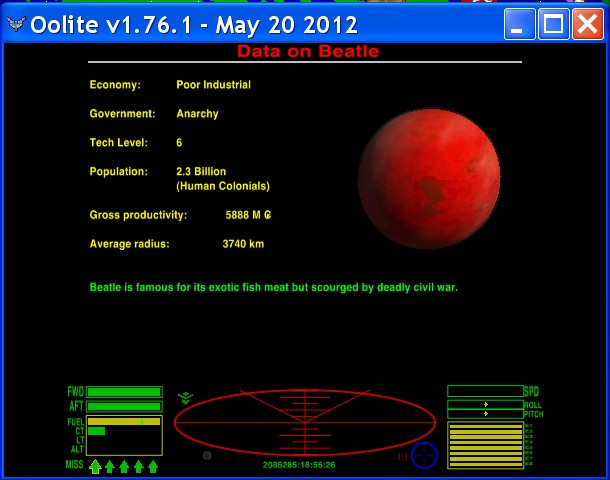 In case that isn't clear it reads

Sounds like an interesting place to visit but you wouldn't want to live there.
Collapse